Origin of the spirit

Two boys from Titahi Bay, fond of the outdoor life, were wondering one day what to do with some molasses they happened to end up with. Over a beer, a craft brewer mate suggested they have a crack at making some rum. They took up the challenge with a small still he gave them.

Their efforts were well received during tastings by family and friends, so the lads upcycled some used stainless steel tanks to ferment their molasses, and then hand-built a 350-litre pot still with the help of a savvy engineer.

Now the boys needed a name for their hooch – simple enough: blend Titahi Bay with the distillery’s location in nearby Grenada North (coincidentally christened after the island group in the rum heartland of the Caribbean) and just like that – Grenada Bay Rum was born.

A quick tour of our craft distillery 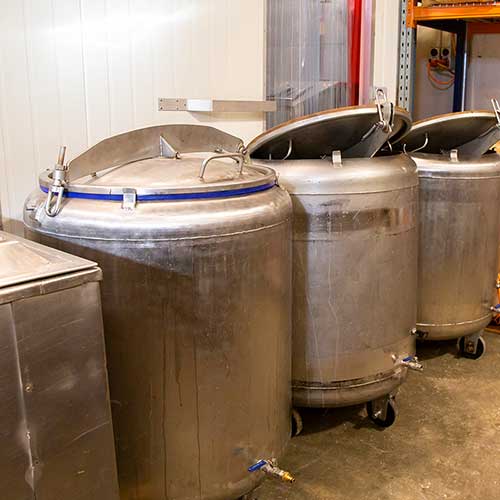 2000-litre batches of high-quality sugarcane molasses and a special yeast from the States are fermented in repurposed steel tanks for about 10 days.

The product of fermentation, which we call “rum beer” is then moved to the still for the next part of the process - distillation. 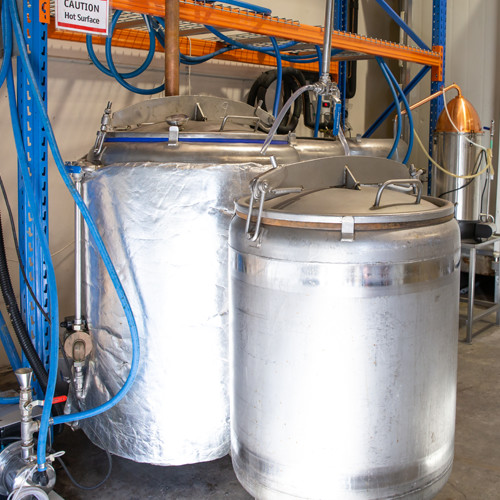 With our engineer, we designed and hand-built a pot still. It has its own harmonics and produces really nice flavours.

A 2000-litre batch of rum beer is distilled to get the first strip. This is distilled again, and the spirit or “wash” is then poured off into barrels to begin the process of maturing into golden rum.

We have developed a unique barrel ageing process that includes regulating the temperature to imitate Caribbean conditions.

For white rum, there are two strips, then chopped organic New Zealand pears and cardamon are added to the wash before it’s macerated and distilled for a third time. The finished white rum is blended with spring water and bottled straight away. 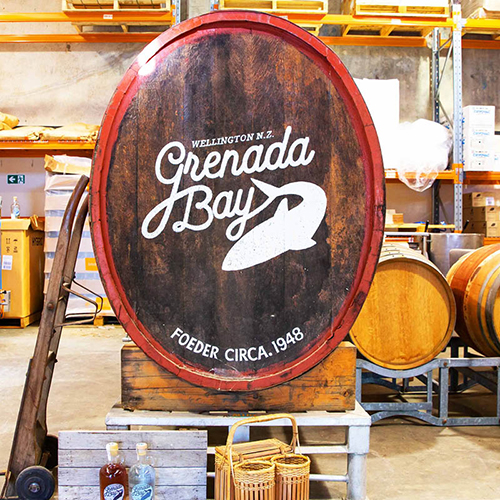 A ton and a half of rum

The final leg of the voyage for our golden rum before bottling unfolds in our largest, 1250-litre Foeder barrel, which is kept continually full with spirit that’s been blended with pure spring water.

This impressive vessel, which we’ve repurposed, was originally hand-built from oak by a port manufacturer - Henderson Wines, in west Auckland, more than 60 years ago.

Visitors can smack their lips over a golden drop straight from this large oak barrel, and acquire a bottle of the good stuff right then and there. 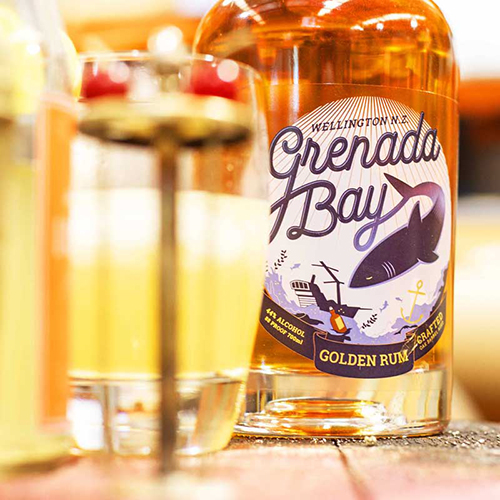 Our rum is bottled in shapely french 700 ml bottles, which are plugged and the golden rum bottles are sealed with organic beeswax. We also pour our rum into casks, awaiting your pleasure.

We’ve been distilling a bit of absinthe on the side. This legendary olive-green concoction, beloved by characters such as Hemingway, Picasso, and van Gogh, is based on wormwood, fennel and selected botanicals. Absinthe is likely to join our bottled offerings in due course, as early tastings have gone down particularly well.

We wanted to simulate rum leaving Jamaica and travelling to England on a ship, so we devised a mechanical tumbler that holds a 220-litre oak barrel of the spirit. We added organic cherries from Central Otago to the rum and let the machine macerate the mixture for days at a time. We perfected the process, and cherry rum rations are now ashore!